I will discuss the role that fatigue should play in determining inhibitory control, arguing that fatigue should not impact inhibitory control directly, but rather should do so indirectly by determining how intensively people resist unwanted behavioral urges or impulses. An emerging theoretical analysis suggests that fatigue influence on resistance should not be unitary, but rather multifaceted, depending on the degree of fatigue, the magnitude of the unwanted urge or impulse, and the importance of resistance.  Fatigue should have potential for (1) prompting people to resist more forcefully, (2) prompting people not to resist, or (3) confirming people’s pre-existing inclination not to resist.  This analysis tells us when fatigue should be more and less likely to impair inhibitory control.  It also addresses key concerns that have been raised in relation to the influential limited resource analysis of self-control developed by Baumeister and colleagues. 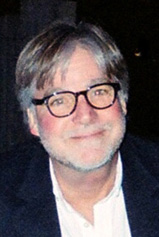 Dr. Wright's research is concerned centrally with determinants and cardiovascular correlates of effort. Building on ideas of Jack Brehm, Paul Obrist and others, he has developed an analysis of motivation intensity that has wide-ranging implications, including ones for health and behavior, e.g., in educational and organizational settings. An abiding interest has been in the manner in which ability factors affect effort and associated cardiovascular responses, with a special focus on fatigue as an ability determinant. Very recent studies have concerned fatigue, cognitive impairment, circadian cycle, and gender influence on effort-related cardiovascular responses as well as determinants and cardiovascular correlates of self-regulatory restraint, that is, resistance against an urge to act in some fashion.  New directions in Dr. Wright's laboratory pertain to a new theory of love and a taxonomy of fundamental motives to help and harm in social contexts.